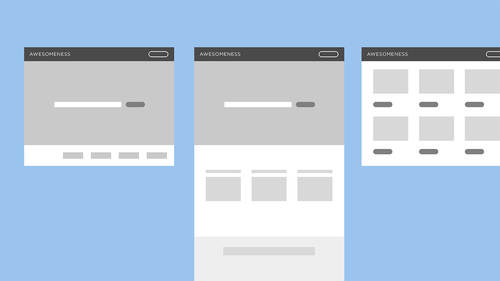 Defining The Problem To Solve

Create a Wireframe in Sketch

So we are going to start on our white board, and we're going to draw some of our initial wireframes. So I should have, okay. So what we're gonna do is I have this fake client that I've made up, Barley's Restaurant. And their goal is to show the open hours for users, the ability to make reservations, and the menus that they have for their site. That's what we think is important for our users, and for our stakeholders we want to show off the atmosphere of the restaurant, and we want to stop those distracting calls to the staff, because of the information that they can get on the website. And their brand voice is hip, modern, and relaxed. So this is a really sort of shallow brief, this is not very in-depth, it's just something that's gonna help us get started to work on this. Alright. So when you start sketching, if you have access to a white board, it's awesome to use. I think the more space that you have to think, the bigger your ideas are gonna be. Or the easier it is to get them out. ...