Skip to main content
Photo & Video > Wedding > What I Wish I'd Known 10 Years Ago > Bonus Video: Fixing A Pose Point By Point 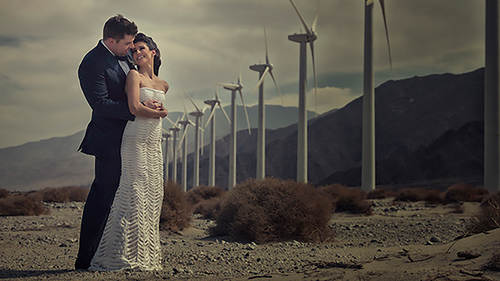 Wedding > What I Wish I'd Known 10 Years Ago > Bonus Video: Fixing A Pose Point By Point

Hello, my name is roberto valenzuela, my photographer based in beverly hills on working with me today is my beautiful model pere and this is fixing a post point by point usually when people are are being post or when you're the photographer and you're kind of have to have this tunnel vision and you're basically focused on your lighting and all these other things happening so that you forget to notice the feed the doors of the posture, the arms, the fingers, the head, the color bones, the tilt of the head all of these kind of comes together for for poster looks good in a photograph if you are looking at someone live on there basically moving around you don't know it is just move around randomly you don't notice about the awkwardness or the shyness of her fingers simply because she's moving so you're distracted by horizon distracted by her she's life in front of you so you don't think seem to kind of go by you, but when you freeze anything you photograph and it's a frame that's going to ...

be captured forever and frozen in time any kind of finger sticking out we're like if she was posing with one thing that happened to be sticking out weird it's always going to be that distract this guy was going to just mess you up so a lot of that happened in the feet for example if you have a girl standing with her freaking off like this, it just shows shyness, lack of confidence, it doesn't look very strong, so if you're focused on her face on your shooting, a wider angle, you shooting her feet, and you don't look down in the frame to see her feet, you're gonna have the both, which is kind of like looking like this, and it was very strange. So another thing is you don't want the girls likes to be sort off with weight, equally distributed across each like it looks harsh, and it doesn't really give the body in the curve, which this if she's standing with equal footing, her weight distributed equally if looks kind of just flat to the camera. Now she drops her away to one foot I mean, grass that like that one that spent and brings it across and then goes on her tippy toes like this. Now what if she's wearing a dress that drives is goingto really that thigh and the curse is going to really show through the dress and make her look super beautiful, super sexy and sassy? So you want to have that kind of things in mind? Another thing is the torso, the torso, the building off the head, for example, another example if you are if the torso has the arms are just basically hanging left to write off a torso that does not show you the waistline off the person you're photographing if you're photographing a woman, you want to show her waistline okay, so if her arms just dropped that against her waist, you're actually having the width of the finger off the arm to the ways over waste to the width of the other arm making her much whiter than she really is. So the goal the goal to removing her hands away from the waist is just to show the waistline that's like the number one priority goal you should have it's like how can I show her waistline? So all you gotta do is you remove the arms away from the waistline I mean the elbow but now you have to decide I have to do something with the hands they have to have context, they can just be like this and she's not doing anything, so you've achieved showing the waist line now and you're not doing anything is very awkward so you can use one hand to be resting on her pocket on her side. I know how it could be kind of like place gently across kind of like just resting or she could be playing with her head or hair or twirling or so she could be holding a purse in her hand and now her her arms away from the waist and she's holding a person it's got context, it's all their point is you gotta keep track off the waistline. And when you removed the arms, ask yourself are the arms in a place that makes sense is their context to what the arms were doing? Another thing is the tilt of the head if you're photographing and you're being bombarded by all these other variables that happening during the shoot, try to slow down, take a breather and keep track of what's happening in front of your camera. If the bride is, or the girl, the model or whatever you're shooting it's tilting her head towards the higher shoulder, so if she if she twists her shoulders tow the higher one, it looks feminine looks flirtatious, looks cute, but if I did that, yeah, like if I went like this and then I went not good guys these until their head towards the left shoulder, women can be stray or tilt her head towards the heart towards the higher shoulder looks nice, so you've got to keep track of those little things women hands should be long should be finessed should be alan gated man's hands can be more in the fist form if I guy supposing with his arms, his hands can be more in the fist form. It's ok, it's acceptable if a girl has a face going on, doesn't look quite right. So if the guy's posing with his arms like this, he looks okay. But if a woman is having her hands and she's kind of creating this face feel it just put so much tension in your photo that nobody can appreciate her beauty because your eye the eye of the viewer, is kind of being distracted by the hands so it's another point, you better fix those things point by point, start with feet, make sure that the feet are not acting strange. Make sure that their post with confidence the leg closest to the camera for a woman should be curved the way it should be free from distractions so you can see the true worth of her waste her hand. It could be straight thought he could be killed at doors. A higher shoulder on her hand should be allocated on curved, very finessed. There could be no attention whatsoever on any kind of part of the hand or finger, so put that help, help and this is just a few points to keep track of when you're posting on how to fix a post point by point.

Learn invaluable trial-by-error knowledge straight from a true pro photographer. Join Roberto Valenzuela as he walks through the images that have caused him both technical and artistic headaches throughout his career. Roberto will also demonstrate how to overcome common challenges and create jaw-dropping images.

Learn how to transform harsh or flat light with simple tricks and how to evaluate your work quickly so that you can set up your shoots more efficiently. By the end of these 90 minutes with Roberto, you will know exactly what it takes to make intelligent decisions during any photo shoot — no matter the obstacles.

I adore Roberto and have found his classes to be very helpful, I'm not a wedding photographer but still find him very enlightening. I agree with another comment that this was heavily related to wedding photography and it would have been nice if that was sated in the description. :) That being said I still found great value in this course and I'm glad I purchased it!

He is amazing. The Clarity of the Thought Process. The Appreciation of Light Direction. The Framing of People to Highlight the Subject. The Body Posture, to Convey Emotion of Meaning/Thought. I prefer to Learn as much as I can thru other peoples, personal experiences, so that when I experienced them , myself, I learn at a exponential increased rate , when I personally experienced those same shared memories.

Watch it and you'll pick up a lot of little gems. The best part was THE LAST PART. He can ramble on a bit but what he teaches will cross over from weddings to senior portraits (truth is truth). I loved how he talked about stop buying stuff hoping the tech will make you better, it's the posing that's going to save you.