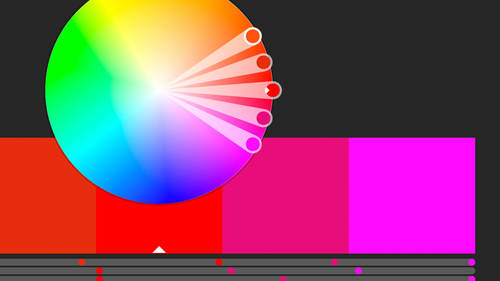 Let's go ahead and open up another library that is not one of the standard ones that's here. Oh, I'm sorry. One of the questions was, can I make it so it appears every time I open it? And Pantone is the one that you would really want. I'm gonna hit an X so that my entire library's back. Up under the panel menu, I can choose persistent. And that means every time I launch Illustrator, it will actually show up. Keep in mind if I do this and I close the panel, it actually will go away. It's not gonna automatically jump back up again. It's just when I relaunch Illustrator, it will also launch with me. I do have a lot of other ones that are built in that are not standardized colors, things like gradients. Let's go nature, I like this one. There's like, actually, no. I like food stuff, ice cream, who doesn't like ice cream? It's all fruits and ice cream here today, right? Lots of color. I like stuff with a lot of color in it. You get earth tones, you get too many browns. Let's look at these, ...