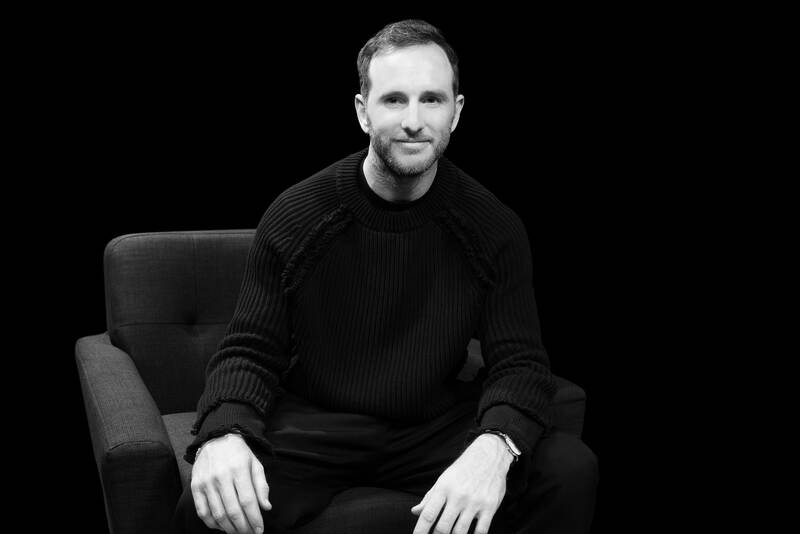 Joe Gebbia is a multi-disciplinary designer, creative entrepreneur, and global explorer. He is the co-founder and CPO of Airbnb, which began in 2008 out of the necessity to pay his rent. What started as three airbeds, a pop-tart breakfast, welcoming hosts and an insider’s guide to the city, is now a global phenomenon of hospitality, human connectivity and economic stimulation.

Gebbia works across a variety of disciplines including industrial design, print, and digital experiences. With an eye for simplicity and an appreciation of craft, he leads the team in creating imminently marketable products. The results are cutting edge yet useful tools that impact the user’s experience from the moment of online contact to the end of their physical stay in Airbnb listings around the world.

Crafting a cohesive experience from online to offline is at the core of the Airbnb business model. Gebbia is dedicated to creating a magical and effortless user experience through sharp, intuitive design, while crafting a product roadmap that leads to such an experience. Under his leadership, Airbnb is now at the forefront of the emerging discipline of service design, a practice that improves the quality of interactions between service providers and their customers. Gebbia's lifelong appreciation for art and design led him to the Rhode Island School of Design (RISD), where he now sits on the Board of Trustees. There, he honed his conceptual skills while obtaining degrees in product design and graphic design.

While studying in the Northeast, Gebbia complimented his creative pursuits and studies at RISD with business coursework at Brown University and MIT. Influenced by the work of Jean Prouve, Charles and Ray Eames, and the Bauhaus movement, Gebbia has long been immersed in the art of designing for the human experience.

After moving to San Francisco from Providence, Rhode Island, Gebbia worked as a designer for Chronicle Books where he experienced first-hand how a design-led business worked, department by department. The culmination of these ideas and experiences came to fruition in 2008, when he co-founded Airbnb with Brian Chesky and Nathan Blecharczyk. What began in an apartment in San Francisco during an IDSA conference has spread to 30,000 cities in over 192 countries, creating a new economy for hundreds of thousands of people around the world.