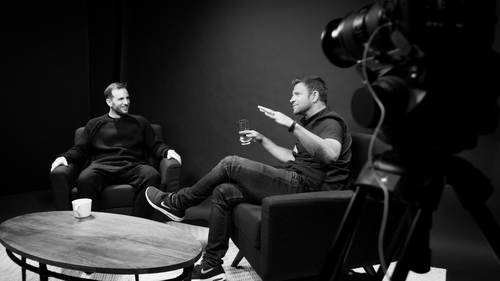 It wasn’t easy putting this episode together – as you can imagine Joe is a busy guy – but I am so, so glad we did because this one is FIRE – his career is basically one big proof point of all the things we talk about on this show. But the one thing that I think Joe really embodies is the idea that stamina wins. That so many of his successes have come from simply persisting when others would have given up – from literally refusing to take no for an answer and just grinding until it happens. I know you’ve heard this so many times, but there is a reason why: it’s the damn truth! And if you weren’t a believer before today, I think you will be after listening to this.

Joe Gebbia is best known as the co-founder and Chief Product Officer at Airbnb, a company you’ve probably heard about once or twice – valued at $31 billion at the moment (yep – that’s billion with a B). But this isn’t his first rodeo – he’s been a passionate advocate of design and an entrepreneur since his childhood, channeling that passion into everything from his college side hustle of selling his specially seat cushions for the uncomfortable stools in his art classes to various earlier online businesses, designing a furniture line called Neighborhood, and his current project, Samara, Airbnb’s internal design studio.