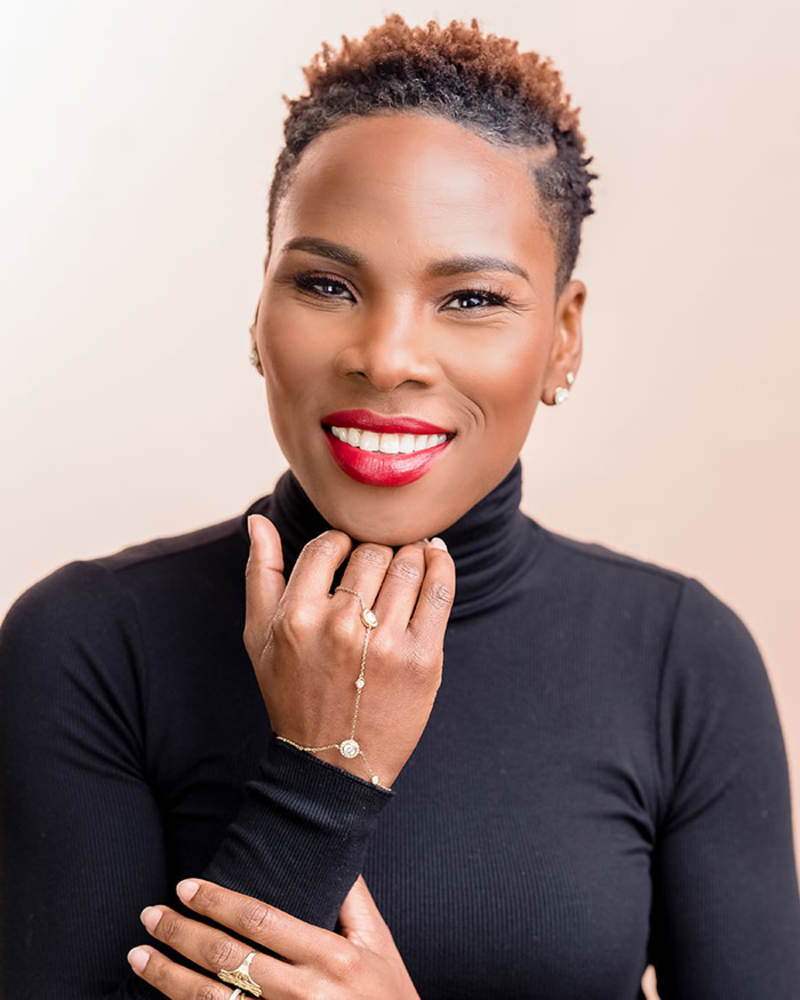 Follow Following
Luvvie Ajayi Jones is a New York Times bestselling author and sought after speaker who thrives at the intersection of comedy, justice and professional troublemaking.

Her debut book (I’M JUDGING YOU: The Do-Better Manual) was released to critical acclaim, hitting the New York Times bestselling list at #5. She is currently working on her second book: The Fear-Fighter Manual, slated to be released in 2021.

A 17-year blogging veteran, Luvvie writes on her site, AwesomelyLuvvie.com, covering all things culture with a critical yet humorous lens. That same razor sharp voice spurred her wildly popular TED talk "Get Comfortable with being uncomfortable" to over 5 million views. She’s an internationally recognized speaker who takes on dozens of stages every year around the globe, and has spoken at some of the world's most innovative companies and conferences, including Google, Facebook, Amazon, Twitter, MAKERS, SXSW.

Luvvie connects with her audience through her social network, LuvvNation, where she is the go-to source for elevated conversations about all things buzzworthy and doing better at life. It serves as a safe space in a dumpster fire world, and has over 11,000 members.

She has received numerous accolades including being chosen by Oprah Winfrey as part of her inaugural SuperSoul100 list as someone who “elevates humanity.” Her alma mater, the University of Illinois at Urbana-Champaign, honored her with the Outstanding Young Alumni Award and the Council of Urban Professionals presented her with their Breakthrough Award. Her work has been featured in outlets such as The New York Times, NPR, Forbes, Inc, Fortune, Essence, Chicago Tribune and more.

She hosts a podcast called Rants & Randomness where she shares her most pressing rants, raves and faves while interviewing some of the most interesting people you know (and some you might not).

Born in Nigeria, bred in Chicago and comfortable everywhere, Luvvie enjoys laying around in her plush robe, eating a warm bowl of jollof rice in her free time. Her love language is shoes.