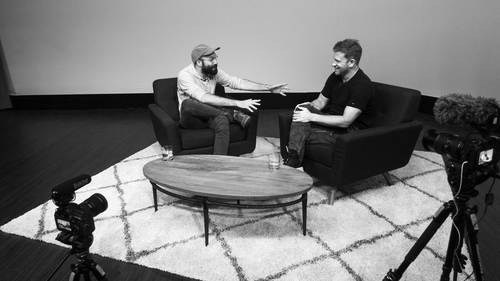 Hey everybody, what's up? I'm Chase. Welcome to another episode of the Chase Jarvis Live Show here on CreativeLive. You guys know this show. This is where I sit down with amazing humans. I do everything I can to unpack their brains and help you live your dreams in career, in hobby, and in life. My guest today is a musician. He's half of the group Pomplamoose. He's a YouTube star, but probably most notably, you may know him as the co-founder and CEO of Patreon. My guest is Jack Conte. What's up? Yes. (upbeat rock music) (audience cheers and applauds) They love you. (Jack laughs) We did it; we made it happen. I'm so excited. Thank you for having me. Thank you for being on the show. You've traveled a whopping six blocks or something like that to our studios here in San Francisco. Yeah, it's a very short, painless walk. We're close. Yeah. And we were just talking. I end up saying this a fair bit, because anytime someone who's about to be on the show, we're talking, as we'...

You are going to love this conversation. Jack’s career — be it in music, videos, or business has been forged by embracing that there’s a *different* way to do it all. Today more than ever before, there are a million ways to win at anything your heart desires. The road less traveled isn’t a well-lit path… you are bound to fall on your face a few times, BUT those who do find success will largely have done it THEIR OWN WAY. In Jack’s words, “If you’re questioning whether to keep going or if it’s time to give up, keep going…” and in turn, give this episode a listen to the end- you’ll be glad you did.

When it comes to career trajectories, Jack Conte is my brotha from anotha mothA !! Our paths could not be more similar…. He started his career as a musician, was a YouTuber making videos, and turned tech entrepreneur by co-founding Patreon, an incredible tool for artists to get paid directly by their fans (just like Beethoven used to…)