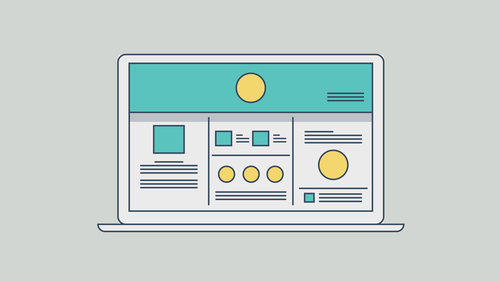 Design Projects > Adobe Muse Fundamentals > What Muse Can Do

Getting Started with your Document

Adding Images and Working with the Asset Panel

Adding a Button and Working with States

The Power of Widgets

I have the site that we're gonna create open here and I wanna start out by saying that Adobe has a lot of tools for creating sites or designs for sites, that type of thing. Muse is a different animal. It's a visual site builder. It's a visual site designer. It's a tool that allows us to do a lot of this visually. We don't touch code, alright? This is not like Dreamweaver, like Adobe Dreamweaver, or some kind of tool like that where you are going in and you can see a visual representation, but you are getting into the code. You're touching things like that. In here, we can incorporate code. If you have things that you want from a social site, some kind of Google Map, maybe a form from a particular site, that type of thing, you can take that and if it works without a lot of dependencies and things like that, you can copy it and paste that code in here. Usually it's like an embed code or something like that and, like I said, if it doesn't have a lot going on, it'll usually work and you ha...

ve yourself an expanded capability. There's more you can do with it. So, Muse is a... It's a great tool. It allows us, like I said, to design, we can test, we can test on a device if we want to like an iPad or a phone or whatever you happen to have, that type of thing, and it allows us to publish. So, when we publish, Muse is gonna go in and take a look at everything we've got, generate the HTML, generate the CSS, generate the JavaScript, generate the imagery, the assets necessary to get this to work. And it's even gonna take a look at your assets and say, you know what? Let's take this jpeg and let's compress it. Let's make it look good, but make it smaller in file size. You can also go and work in Retina in here if you want to. So, if you concern yourself with Retina devices or high DPI, you can call it that too, like a Retina screen. My laptop has a Retina screen, and that means that if I had let's say a photography website and I wanted all the pictures to look awesome on a Retina screen, I wanted them to look just great, I could actually go into Muse and work with Retina imagery. It's amazing, but Muse takes care of most of the heavy lifting. You're just giving it the right size images and we talk about that in the advanced class, but there's a lot we can do in Muse, okay? So, what we're gonna do here is we're gonna go in and we're gonna start to create a site and let's jump in. I've got this final site open, like I said, and I just want to give you an idea of what we're gonna create. It's gonna be a... Just a site that has sort of a look and feel of an agency site, a personal website, whatever you feel like you wanna do. So, in order for us to start in Adobe Muse, I'm gonna close this, I can click that to close it, and we'll see that as soon as we open up Muse we'll see the start screen. Now, the start screen is something that's been adopted by a lot of Adobe applications these days. Illustrator, InDesign, Photoshop, and you're gonna look at and see things out here like recent files open. If you have files that you've opened in the past, you can click on them to open 'em. You can see any Creative Cloud files. So, you can see like right here if you have Creative Cloud connected, that type of thing. Anything stored up in the Creative Cloud, you'll be able to access those and open them. You can create new, open. There's also a learn tab. If you look at the very top, there's work and learn. We can... Work means let's get to work, let's make a site, open a site. Learn, there's a few things like if you wanna learn about the new features in Muse, for instance, you can check that out.

This is part 2 of a 3 part course covering basics, fundamentals and some advanced properties. The three programs combined make a complete course in Adobe Muse. I am very pleased someone finally made a decent and complete course in how to use use Muse. As a photographer who has fairly simple needs for for building and maintaining a website, I needed something much less complicated than Dreamweaver. Brian Wood does an excellent job as he usually does. He is very detail oriented and he speaks technically to most operations within a program. He does work a little too hard at dumbing it down, but he is much better than those that skip over the details or those ewho don't even know the details. If you want to learn Muse, I highly recommend this course, in fact, all three parts.

Very efficient introduction to the basics in Muse. I did the Muse CC Quick Start course and then followed up with this Muse course on the fundamentals. This course is a little more technical that the quick start. Both courses give you what you need to do a website. The fundamentals talks briefly about HTML,JavaScript, etc.; while the quick start course does not. Recommend this class for using Muse for web design.