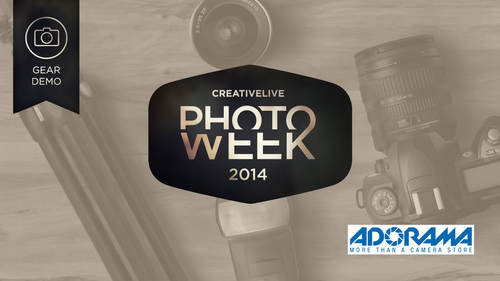 And this demo we're going to going over, they can in seventy d and this is a very popular camera for a lot of different users. I think anyone who is interested in a really good value, a very good product for the money, this camera is going to be one of the top cameras that they can take a look at. So what we're going to be doing in this little demos, I'm going to go through a bunch of camera critical specs. You know, when you get a brochure and you look on the back side and there's like one hundred things listed that the camera has or does well, I've picked out nine that I think are the most important that you can compare with other cameras, and I want to go through these nine specs, and I'll explain what they are and then how they relate to the real world. After that, I want to talk about some of the unique features that this camera has that not all cameras have or very few cameras have in some cases, and then what I'm going to do is I teach a class that's, a five hour class on how to...

John Greengo will help you get the most out of your Canon 70D in this gear review brought to you by Adorama.

The Canon 70D remains the professional's choice when seeking a full-featured APS-C camera body. An updated image processor and improved auto-focus speeds tip the scale on an already enticing list of features from this camera. Learn how to get the most out of it with insights from John.

That was a great presentation! I particularly liked the funny examples you used

Just a tip, John. What some call "vertical" is, normally, called portrait mode. At least, when I was younger it was.