Skip to main content
money & life
All Business Classes > Time Management > An Audience Of One: Reclaiming Creativity For Its Own Sake Book Launch > Book Launch Interview With Srinivas Rao

Lesson 1 from: An Audience of One: Reclaiming Creativity For Its Own Sake Book Launch 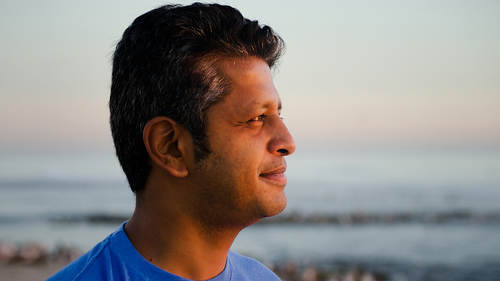 Time Management > An Audience Of One: Reclaiming Creativity For Its Own Sake Book Launch > Book Launch Interview With Srinivas Rao

Lesson 1 from: An Audience of One: Reclaiming Creativity For Its Own Sake Book Launch

I'm Chase Jarvis. I'm your host for the An Audience of One book launch by my man Sri Rao. Welcome to Srini, please. (applause) So, the guy's got a handful of books under his belt. I know him originally not for his books but as the creator of the podcast Unmistakable Creative, an amazing show. How many episodes? At this point, more than 700. I think I've lost count. That's crazy. But what we're here to do today to talk about your new book and this little collab between CreativeLive and Penguin Random House, Audience of One. It's near and dear to my heart, so I wanna say welcome. Thank you for having me. It's been a long time coming. I'm excited to have you here in the CreativeLive studios. Tell me a little bit about how you kicked this book off. So this book is interesting because I had developed this habit of writing 1000 words a day after a conversation with a guy named Julian Smith. Love Julian. Who is an author, and at the time had one of the most popular blogs on the In...

Super interesting conversation between two very smart guys. Not just a sales pitch for a book. Sure, that too, but I found the interview intriguing and full of sparks of insight. Thanks guys!