Lesson 2 from: Anatomy of an Epic Photograph 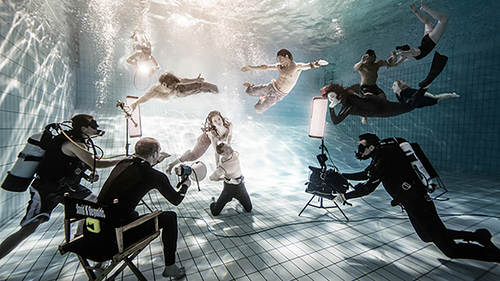 Lesson 2 from: Anatomy of an Epic Photograph

Anatomy of an Epic Photograph

Hey guys, thanks for buying my course over creative lives so my topic tonight of the of an epic photo shoots had a lot of questions right now I'm going to try to get through them the next five to ten minutes so let's get rolling. I had a lot of questions from people regarding how I make my work sellable how do I monetize my epic production since they're so creative since so exciting? Where do I go around my income from so there's a lot of ways that I've kind of, you know, figured out one of them are conferences I mean, the reason why I'm here this is bringing me a little bit of revenue so that's fun I travel for free, I teach one there put shoes together so that's that that's one way to do it second, I mean, I'm producing great work, I'm doing things that people can use so smaller production, they're very interested in what I do because they're looking to attract attention. My work attracts attention, I could bring visibility, so the clients have the agonist, the band they needed cool ...

Great energy indeed; and exitingly creative! Love to see him back.