Lesson 1 from: Badass Habits and Making Them Stick 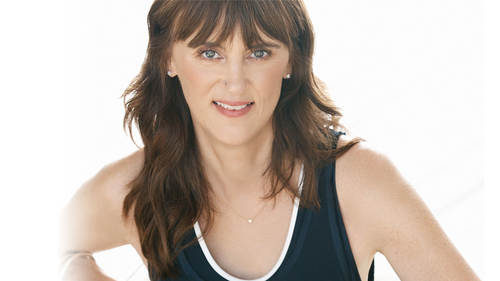 Lesson 1 from: Badass Habits and Making Them Stick

1. Badass Habits and Making Them Stick with Jen Sincero

I have a philosophy that I think is important, and it relies almost entirely around habits. Habits are the things that actually help you transform your life. And to that end makes me very happy to welcome to the show today. Jen Sancerre. Oh, you're not familiar with Jen's work? A soon as I hold this book up, you will, because this thing is sold, I think. Three million copies. Jensen chairs Number one New York Times Bestselling author, success coach and motivational cattle prod her words, not mine. Who's helped millions of people transform their personal and professional lives. Her first book, You Are. That was the first book. It was her third book, but her first one that went mega Um, you are a badass. How to stop doubting your greatness and start living an awesome life. Uh, that's where I first came into touch with her work. She's inspirational. She's to the point. Her voice, her creative voice as an author is hilarious. So to the point, um, this, you know, the tough love humor combo ...

Jen Sincero is a #1 New York Times bestselling author, success coach and motivational cattle prod who's helped countless people transform their personal and professional lives via her products, speaking engagements, newsletters, seminars and books. Her #1 New York Times bestseller, You Are a Badass: How to Stop Doubting Your Greatness and Start Living an Awesome Life (2013), has sold over three million copies, is available in thirty-plus languages, and has been on the NY Times bestseller list for over 4 years.
SEE INSTRUCTOR'S CLASSES

I loved how much this interview went into actionable steps to take. Chapeau to Chase for digging deep. I've made some notes, but I'll watch it again for sure. Jen Sincero is as funny & engaging in the interview as in her books! I'd gotten so much from her earlier books, it was great to find this on Creative Live & re-engage with her attitude & approach. Now going to order the habits book. Recommended.

Very informative, inspirational and eye opening!! And I love how Jen Sincero talks about this, her experiences and the creative process too. It definitely worth to hear it ❤

Great interview with Jen Sincero. I loved You are a Badass and look forward to reading this one next. I love Jen's voice, it feels like I'm talking to a friend.