Lesson 1 from: Build and Sustain A Career Doing What You Love 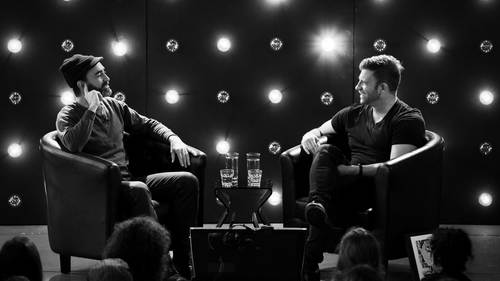 Lesson 1 from: Build and Sustain A Career Doing What You Love

1. Build and Sustain A Career Doing What You Love with James Mercer of The Shins

Thank you very much. Thank you. Thunderous, thunderous applause. It continues under supplies. All right, that's good. Hair ready. Welcome to other sort of chase Travis Live. I'm Chase. Here is your host about every week or two. We found one of these things, and I sit down with someone who has inspired me deeply. Some of that is inspired by the world. And we said here on this stage, and I do my best to unpack actual invaluable insights with the goal of helping you all be inspired and live your most creative life. Um, my guest today is truly a rock star. But before we get to him for you folks who are out there in the Internet world all over, we have thousands of people tuning in. Feel free. If you want to ask a question of James, I will ask a couple questions from the internet. So hashtag CJ live on Facebook, Twitter, instagram, wherever you'd like on any of our posts. And maybe a couple of questions will surface their way here. You guys here in studio audience also feel free to ask a qu...