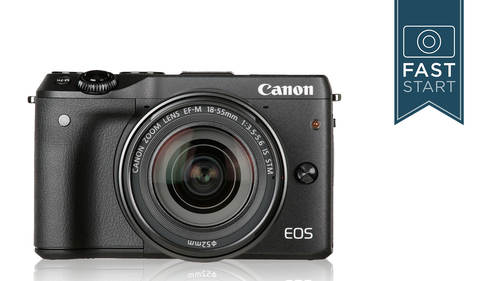 All right, folks, it is time to dive into the menu functions as we go through this. There's a long list of features, and I would generally just conceptually put him into three different categories one things that you will never use and you never need. And that's probably about half the items in there. Then there is going to be a section of them that you're gonna want to tweak once when we go through the camera, and that's gonna be where you're gonna want it for the rest of the life with your camera. And then there's a small percentage that are going to be once that you want to come back to and change or turn on and off on a more frequent basis. Keep those in the back of your mind because there is a section called my Menu, where you can have a collection of your favorite features. And so if there's something that you really think I'm going to utilize this a lot, there is a way to make a short cut out of it. So let's go ahead and dive into the menu functions of our camera, so obviously w...

Dense technical manuals make for a terrible first date. Get the most out of your new Canon EOS M3 with this complete step-by-step walkthrough of the camera’s features. Join expert photographer John Greengo for a fast-track introduction, and unlock your camera’s full potential. In this fast start, you’ll learn:

This fast start includes a complete breakdown of your camera’s exposure, focus, metering, video and more. John will also explain how to customize the M3’s settings to work for your style of photography.

I am a complete beginner with photography, I've only used my phone until now. I bought my camera about 3 weeks ago and I've really struggled, as, for example, the manual says turn the dial to select, not which dial, or how to get to the correct place, setting or menu, so that the dial will then work. I'm only up to the 5th lesson and I feel that I understand my camera so much more. I wish I had bought this on the first day. I'm not connected to this company, author or anything else, I was just frustrated, and feeling like giving up as I couldn't get an unblurred photo on my new camera. Thank you so much for this wonderful, easy to understand and follow guide.

I wasn't too impressed by the M3 until I found this course. It changed my whole outlook. John gives a great delivery and fully explains in plain English.