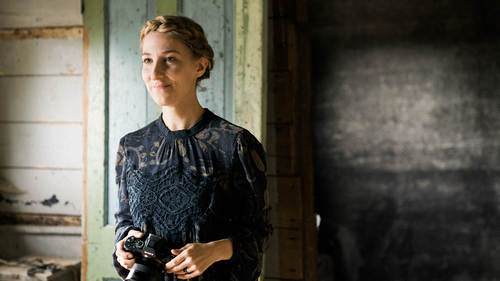 I want to talk a little bit first before I just jump into shooting about my process here because it's a little bit different, so I found out that most other people I come into the creative life studio and everybody's saying, you're so weird here, do you know that you're so nobody does what you do here? And I realized that it's because I don't have lights that amusing and like I even said to them, could you just get me like, a a really cheap black background, like a piece of felt, and they were like, okay, so were you shooting on a piece of felt today and and so I want to embrace that weirdness if possible, and there's a friend back home from where I grew up, who is always saying, oh, you're the weird one and embraced being the weird one, and so I am, and so I want you guys to do that, too today because everybody has that bit of weird inside, and I think that is the best part of a person by far, so I want to take that today what I love to shoot most and show you that so I'm doing someth...

Brooke Shaden is the queen of crafting ephemeral photo shoots. In only 90 minutes, using a simple black backdrop and natural window light, Brooke is going to show you a number of different ways to create striking portraits through the use of wardrobe, simple props, and quick Photoshop editing. This segment is perfect for an aspiring photographer looking for creative ways to enhance your portfolio or for a seasoned pro looking to reinvent your style.

LOVED THIS! I like her simple style and fantastic results. I really appreciated how she walked through the photoshop steps for people like me who don't just "know" how to get to get to specific actions. She was great!

This a great, quick course to get the creative juices flowing. Brooke's use of everyday items to make a remarkable shot is amazing and so inspiring. I highly recommend the watch.

Brooke as always amazing. I love her master classes she has a lot of positive energetic and inspires me to create something artistic!