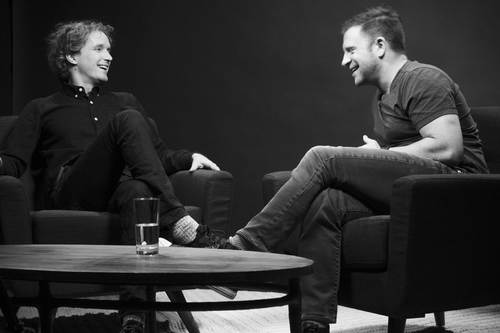 Free Business Classes > How Design Can Supercharge Your Business

He’s been super influential in design, but also in business and culture as an advocate for design and designers have a seat at the table. If you’ve noticed design become much more highly prized in business over the last decade or so, he’s one of the people responsible for that shift in thinking- as he talks about in this episode, when he arrived in the Bay Area in the 90s design was seen as window dressing, but thanks to the efforts of people like Yves, IDEO, frog and their peers we now have a very different view of design and see it as integral to building a successful business.

Yves is the founder of Fuseproject and one of the most influential industrial designers of our generation, having also lead teams at the iconic firms frog design and Lunar Design. His clients include Herman Miller, GE, Puma, Kodak, Samsung, Prada and a host of others, and pioneered the paradigm of designer/entrepreneur as the co-founder and Chief Creative Officer of smart lock company August and CCO at Jawbone. He’s also a passionate advocate for sustainability and social good, contributing to a variety of projects like One Laptop Per Child, Ver Bien para Aprender Mejor and the SPRING Accelerator program.

Yves is a design entrepreneur who believes that product, digital and brand design are cornerstones of any business. He is the founder of fuseproject, the San Francisco-based design and branding firm he established in 1999.&#160;
SEE INSTRUCTOR'S CLASSES