How iJustine Built Her Digital Empire with iJustine 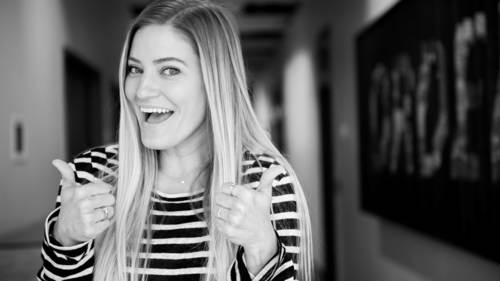 1. How iJustine Built Her Digital Empire with iJustine Show Transcript

How iJustine Built Her Digital Empire with iJustine

Hey, everybody, how's it going? I'm Chase Jarvis. Welcome to another episode of the Chase Jarvis Live Show here on CreativeLive. This is where I sit down with the world's top creatives, entrepreneurs, and thought leaders and do my damnedest to unpack actionable and valuable insights with the goal of helping you live your dreams in career, in hobby, and in life. My guest today is the iJustine. Hello! Hello! (upbeat rock music) (audience applauds) They love you. Thank you so much for coming. Thanks for having me. This is great. I looked at an email, I was searching your email to correspond with you about the show, and I think we corresponded in 2007. Was that the last time? (both laugh) I think it was. Oh, my God. But that's when we met, I think 2007. Wow. Do you remember the thing, the Nikon thing? Yes, of course. Yeah, of course. It was crazy. We got to give away other people's money. Yeah, and then we went to Sundance. That was the first time I'd ever been to...

Very few people have been doing this as long as Justine, and this is your chance to hear what a grizzled veteran has learned from being in the trenches as long as anybody.

Justine Ezarik aka iJustine is one of the OG YouTube stars– one of the very few people who has been on the platform for over a decade. You may remember her from her first big hit, her “300 page iPhone bill” video way back in 2007 or from literally streaming her entire life for 6 months, and since then she’s had several other hits that helped her build a huge following based off the kind of DIY hustle that I absolutely love– for example, her early videos were shot with a $400 point and shoot and a green rug from Ikea that served as her “green screen.” She’s one of the people who blazed the trail for the YouTubers and vloggers of today, and she’s parlayed that into a ton of opportunities outside YouTube including appearances on shows like Law & Order and Criminal Minds as well as being named by Time as one of the top 100 most influential people to 18-34-year-olds.

Justine Ezarik is an American YouTube personality, host, actress, and model. She is best known as iJustine, with over a billion views across her YouTube channels since 2006.
SEE INSTRUCTOR'S CLASSES