How to Do Work That Matters for People Who Care 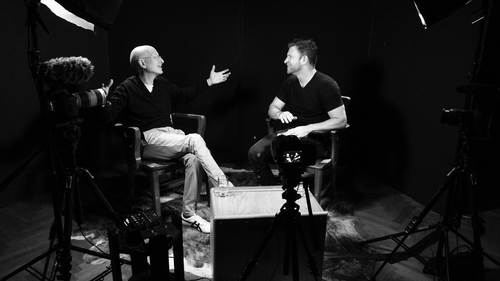 How to Do Work That Matters for People Who Care

everybody. What's up? It's Chase. Welcome to another episode of the Chase Jarvis Live show here on creative life. You all know the show. This is where I sit down with incredible humans. I do everything I can unpack their brains with the goal of hoping you live your dreams and career in Javi and in life. My guest. You'll know him immediately. As I start revealing some of the things about him. He's, I think he's done 18 books, a global bestsellers. Hey, created a couple of startups. He is the creator of Ault MBA. We're here to talk about his new book called This Is Marketing. It's the One and Only the Inimitable Seth Godin in the House. I love you. Thanks, man. Thank you so much Looking for Oh, well, I confess we were talking a little bit before the camera started rolling. Um, we have done another interview a couple years ago. Uh, and it was super engaging for me. I personally have watched it a couple times to take the nuggets out of it that you have put into your books. Um, I just devou...

If there has been a guest that can speak directly to that little voice in your head – and help you get this marketing stuff RIGHT – it’s Seth. Pure sage. And purely actionable.

Seth Godin is a force of nature and a shaman to so many creatives and entrepreneurs. He has taught and inspired millions of entrepreneurs, marketers, leaders, and fans from all walks of life, via his blog, online courses, lectures, and his 18 (yes, count them – 18!) bestselling books. If you’ve been following his work, you’ll know he’s one most brilliant marketing minds of our time. Seth Godin’s latest book, This Is Marketing, helps reframe how thinking small is the new big! More precisely how we will find success if we at first make our products – whatever they are — for the smallest viable audience. Seth believes your most generous and insightful work needs this help – YOUR HELP – finding the people it’s meant to serve….

Thank you for this class. This WAS for me, and although Seth doesn't read his reviews I just wanted to thank him and Chase for a wonderful interview that really helped me think a little clearer. You rock.