How To Heal From Your Past 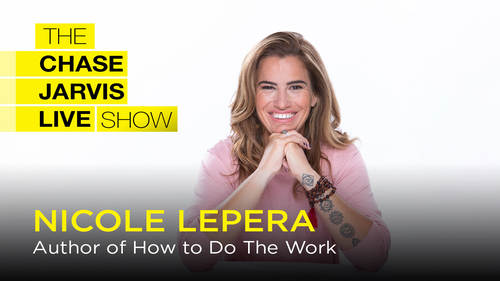 How To Heal From Your Past

Mhm. Yeah. Oh we love you. Hello Internet. It's your dear friend. Chase Jarvis here. Welcome to another episode of the Chase Jarvis live show on Creative Live. If you're new here, this is the shore. I sit down with the world's top creators, entrepreneurs and thought leaders and I do everything I can unpack their brain with the goal of helping you live your dreams and career hobby and in life. Before we get to my very special guest today, I want to welcome you were streaming to all sorts of different platforms to facebook live Youtube live uh instagram live and I see your comments. So if you want to bubble something up something, you're thinking a question that you'd like me to ask the guests, please just type it into wherever you are watching and consuming. I will say that the place that I see the comments first is over at creativelive dot com slash T. V. So if you want to head over there, please feel free if your questions are urgent that's where I see them first. But I know you're he...

Have you ever felt that who you thought you were doesn’t align with who you actually are? If so, you’re not alone. Whether it by cultural conditioning or childhood trauma, it’s not hard to see how our inner voice can get lost in the noise.

Nicole is a Holistic Psychologist and Content Creator works to help us learn to heal trauma and consciously recreate ourselves. Nicole discovered holistic psychology while on a path to figure out why she felt empty and began to use her learning to help others in her practice.

In this conversation we dig into how to identify patterns that don’t serve you, how to create a safe space where you actualize new choices, and the importance of consistently practicing deep belly breaths to balance your nervous system.

We also get into: