Money & Life > Communication Skills > How To Rewrite The Rules Of Midlife > Who Do I Want To Be When I Grow Up? (Aligning Expectations And Reality)

How to Rewrite the Rules of Midlife 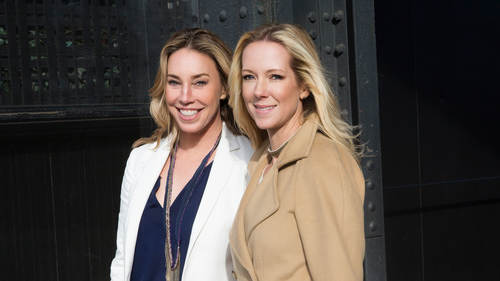 Communication Skills > How To Rewrite The Rules Of Midlife > Who Do I Want To Be When I Grow Up? (Aligning Expectations And Reality)

How to Rewrite the Rules of Midlife

3. Who Do I Want to Be When I Grow Up? (Aligning Expectations and Reality) Show Transcript

Um, Is This It? (Why We Wrote This Book)

For the First Time, I’m Becoming Myself (Finding Meaning, Community, and Happiness)

Do These Crow’s Feet Make My Ass Look Big? (Redefining the Idea of Beauty)

Is This Really the Only Husband I’m Ever Gonna Have? (Expect a Midlife Relationship Reset)

Don’t Be Afraid to Fail, Be Afraid Not to Try (Discovering Your Purpose and Passion)

I never expected to ask for a tampon from my child. To get an AARP brochure in the mail. To feel sexier now than 15 years ago. even with that little cushion around my waist. To look down at my hands and literally not recognize them. To be creating a Tinder account, for the first time, at this age. To completely change careers. To feel invisible. To love the freedom that comes with not giving a fuck what anyone else thinks. To feel more anxiety now than I've ever felt in my entire life. To be questioning everything, including my marriage. To feel exhilarated about what that second half of my life will reveal. So, in this chapter we really look at, and you study with women, kind of, what the expectations are, around us, for who we are and what we wanna be. So often we do not realize that we are operating based off of others' expectations of us. The, we talked to one woman who said, "But my mom said I was gonna be good at PR, and that was my one path". And we were ta...

No one ever said getting older would be a picnic. Your appearance is changing. you seem to discover a new ache or pain on a daily basis. You’re juggling caring for your growing kids and your aging parents. Or you might be in a relationship that leaves you feeling a little stuck.

Whether you’re married, single, widowed, divorced, with children or without, once you reach your 40s or 50s, you inevitably ask yourself, “Is this it?” You start to wonder what your life is all about and what changes you can make to bring more meaning, happiness and contentment to this next stage of life.

Amy Nobile and Trisha Ashworth are here to offer you a roadmap on how to turn a potential midlife crisis into a midlife opportunity. Rather than bemoaning the loss of youth, you’ll learn how to embrace this new phase and thrive during your later years. Amy and Trisha will inspire you to redefine beauty, strengthen your current relationships and discover new ones, explore novel career paths, and get a whole new perspective on aging.

Amy Nobile and Trisha Ashworth are the authors of the bestselling I Was a Really Good Mom Before I Had Kids and I&#8217;d Trade My Husband for a Housekeeper. They are the founders of ASH + AMES, a jewelry company that empowers female artisans around the globe, gives back to developing countries, and creates a platform for women to launch their own independent businesses.&#160;&#160;
SEE INSTRUCTOR'S CLASSES

Thanks so much Amy & Trisha, for helping me get excited about a new door opening before me instead of being sad about the old door closing behind me :)