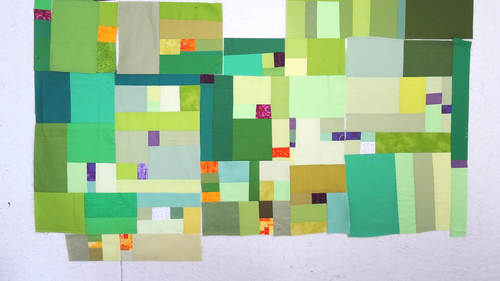 So let's get teo setting it up a lot of improv is this success from comet comes from having a good flow while you're doing this and developing your own little rhythm for it. We all have different limitations and opportunities with where we so okay, I sold for a long time on my dining room table and now is have a dedicated room in my basement I'm quite lucky, but you're sowing said it makes a big difference. How I'm set up here is actually quite handy for me. I really believe in sort of an l or you set up for most people, and that means that you're able tio when you're sitting down, being able to sew and cut and press without standing up because if you have to constantly stand up, you're breaking your rhythm it's good for you to be standing up repeatedly but it's breaking your rhythm right and you want to be able to continue going as long as possible before you need to take that break. So in my space in the in the basement that I have now I can so but then I have to get up to cut and pr...