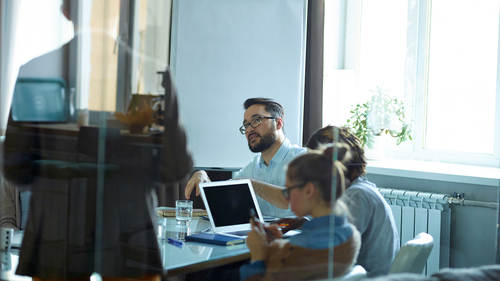 When you are improvising, you are trying to write a script in your head, you are trying to perform said script, you are directing the scenario that you're performing either by yourself or with a partner. And every element that goes into a performance, you're kind of a puppeteer for that. So there's a lot going on. So you have to be good at multitasking in order to improvise effectively, and you have to be good at multitasking to get through your daily life and your job. We're always doing it, but a lot of it comes down to improvisation. Think about all the things that happen in your job that go horribly awry, or take a turn for not necessary the worst, but like you didn't expect. The next thing that happens is you improvise, right? Like even if you get to a point where there's this kind of like best practice solution, you kind of have to make it up until you get to that. Or you have to think where is that solution in my brain, I did that three years ago at this other job that was not t...