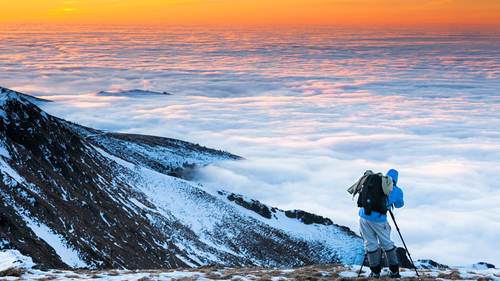 Welcome, john. Thank you for being here with us. Tell us a little bit about what it is that you're going to be looking for as you go through this critique. Well, I think kind of one of the main objectives is to learn how to take better photos here and there's no better way than to look at may be good and bad examples and figure out, you know, where things went right where things went wrong, and so I'm excited to look at these just because every time I look at a photograph, I learned fantastic, well, let's get started. We've got a lot of images to go through, all right? I want to explain what I'm going to be looking for in this critique, and so this is a two least my definition of what makes a photograph great, and it has two overriding concepts one it's beautiful and too it's interesting to look at so that's kind of, you know, for the heart and soul for the mind brains what this really needs to have kind of working in both of these components is a good quality subject. And so I couldn'...

I find John Greengo a really super teacher, Photograph and a real pleasure to hear!! I learned a lot from his Video Training!!! Thank you!

Thanks John for the great suggestions on making the images better!