Lesson 1 from: Make Your Message Heard 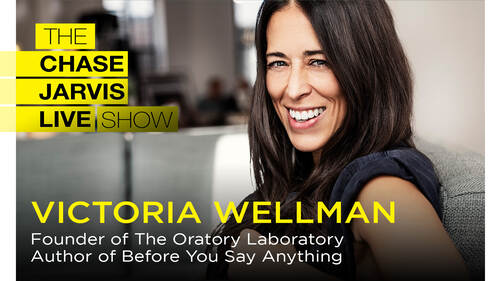 Lesson 1 from: Make Your Message Heard

Have you ever heard an absolutely cringe worthy wedding speech? If you're like me, you've heard that lots of times. And you've also seen amazing speeches. And whether it's at a wedding, in a boardroom, on a stage somewhere, the art of public speaking is so important to share your ideas with the world, again, in small settings or big settings. And that's why today's guest on the Chase Jarvis live show is one you're not gonna wanna miss. Victoria Wellman, is a professional speechwriter. She's written speeches from politicians, to NFL superstars, huge CEOs, influencers of all walks of life. It's an credible episodes specifically, about how to craft an amazing speech. I think if you're like me, you had a belief that these people who just rocket in all of these different environments, they have some natural gift. But the reality is that there is a framework. A thought process that we should go through, in order to craft this speech. And that's what this episode is about. You're gonna hear a...

Victoria Wellman is the co-founder and President of The Oratory Laboratory, a boutique creative agency for public speakers based in Manhattan and servicing the world. She has crafted speeches for influencers, politicians, entrepreneurs, Olympians, NFL stars, astronauts, rap stars, artists, and activists.
SEE INSTRUCTOR'S CLASSES