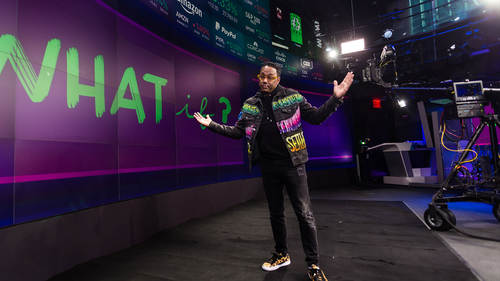 I love you. Hello, everyone. And good afternoon slash Evening. And wherever on this find planet, you may find yourself. Today I'm Chase Jarvis, and you're listening to an episode of the Chase Jarvis live show here on creative alive. You don't know the show. This is where I sit down with the world's top creators and entrepreneurs. And I do everything I can unpacked their brains with the goal of helping you. That your dreams in career in hobby and in life. And before we get to our esteemed guest, I wanna welcome you to presumably you're watching on period of places where we're streaming right now. Whatever. When you find yourself on whether that's creativelive dot com slash tv or Facebook, live YouTube, live instagram live Twitter and to show up wherever you might be. I also want to invite you to interact with show. Today you help shape this show. Ah, and I see your comments. The first place I see them is if you're at creativelive dot com slash tv. I see those in a matter of seconds. But...