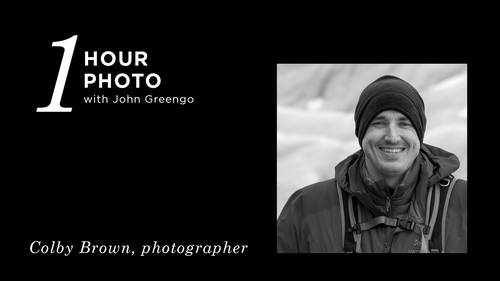 Alright it is time for our special guest. Let's welcome in Colby Brown. Alright Colby thanks for coming in. Joining us here. Thank you so much. Have a seat. Let's talk photography here. And so you recently wrapped up some classes here. What were the two classes that you put on the books here? So I just wrapped up today, monetizing your social media presence. For outdoor photographers. And then the last two days I put together a in depth two, day course that does a deep dive into developing, your social media presence. Over all four photography's so it's understanding what the, networks are and how they work. And what are algorithms. And kind of giving you tips and tricks, to how to build your audience. Nice and social media has totally changed photography. I've been doing this for a couple decades now. And you know it's just revolutionized the whole, photographic world. It's a different space. I mean it has adjusted a lot of different avenues, within the photo industry. Adver...