Lesson 3 from: The Starter Portrait Studio: One Light, One Reflector 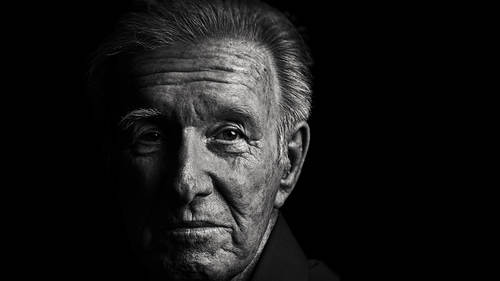 Lesson 3 from: The Starter Portrait Studio: One Light, One Reflector

Now we get into qualities of light. So beyond just being able to say, okay this is where and how we see, let's actually talk about how we're using light to create these different qualities and these different visual characteristics. Now we can describe light as either hard or soft, and this is determined by the relative size of the light, also modification alright? But modification is usually making the light bigger. So if we think about the sun, the sun is very, very large, but it's also very far away, so it is relatively small to us. And so, when that finally hits us, it creates a very hard light. When the clouds come in, the actual source hasn't changed, but we think of the sun in conjunction with the clouds as a big singular source, and the clouds are very, very large, and it diffuses the light and softens it up, and creates a larger light source. If I have a light source very close to the subject, it's relatively big. If I back it up, it's relatively harder, and so that's gonna ch...