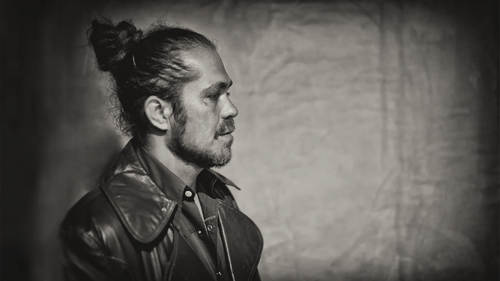 Clarence Greenwood, aka Citizen Cope, is a renowned singer, songwriter and producer. He has built an entire career on trusting his gut and following his muse, and if his new album, ‘Heroin & Helicopters,’ is any indication, his instincts are sharper now than ever before. The success of his music has always been a slow burn, rather than a flash in the pan. His single “Let The Drummer Kick” went Platinum without any support from commercial radio. The Washington Post called him “DC’s finest export since Marvin Gage” and Rolling Stone raved that his “uncommon chords and harmonies combine delicate dissonance with unexpected flash of beauty”.

We hoped to catch him on tour for his brand new album but of course in these unprecedented times, those plans changed. Undeterred Cope joins us from his living room for a conversation about resilience, art & creativity during difficult times, and fatherhood. He also shares with us a few tracks off his latest album and a couple fan favorites too.

Respect is ultimately what it all comes down to for Cope: respect for the art, respect for each other, respect for ourselves, respect for our instincts. At the end of the day, we all want the same things, and no matter how much the culture conditions us to believe that peace and happiness can be bought and sold, there&#8217;s no price tag because they come from within.
SEE INSTRUCTOR'S CLASSES