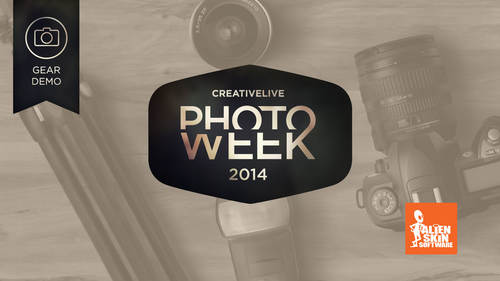 I've opened some images from a shoot it's very interesting this shoot wass all shot in my studio home with strobe and I didn't actually change any lighting scenario at all throughout the whole shoot and you know, I got a very different look and all of the images, so I'm just going to show you a whole other different finishings that I do on alien skin to give me sort of diversity in my finished product but at the same time why I choose different filters for different moods and what they are I really loved this girl as an example because as I was sitting at my lighting, I took a few images in straight from camera they looked like this I'm just going to go into my arrangement in float all on windows so that I can move around and finish up now what I did was corrected the color of this image tio here in re touched her face. Now she is very natural fricka lt's on her face and I didn't want to remove them, so I'm just going to show you how I get around retouching freckles so that the there i...

Beauty is in the details and Alien Skin helps acclaimed glamour photographer Sue Bryce bring those details to life.