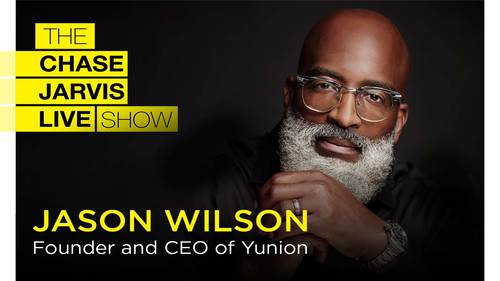 Making headlines back in 2016, a video recording of Jason Wilson’s student’s martial arts test went viral on social media. In the video, young Bruce is overwhelmed with fear of failure. Jason teaches him to embrace his emotion and overcome the challenge.

Jason is the founder and head instructor of the Cave of Adullam Transformational Training Academy (CATTA) and Yunion (pronounced union), a non-profit youth development organization in Detroit, Michigan. He has written two books on emotional vulnerability in men, Cry Like A Man and Breaking Through Emotional Barriers: The Four F’s To Emotional Freedom. His upcoming release, Battle Cry: Waging and Winning the War Within, teaches us to redefine masculinity to create a fitting world where gender-based stereotyping is no longer existent.

Jason is also an expert in Emotional Stability Training® and has garnered CATTA numerous acknowledgements and awards for his work teaching males how to confront and conquer their negative emotions with composure.

Today, we talk about emotional incarceration in men and why we need to break any misleading mantras that demand men be tough all the time. Jason shares a framework for releasing emotional trauma, the precursors to stress and anxiety, and how to free yourself of living in fear.