Lesson 1 from: Say Yes To What You Want 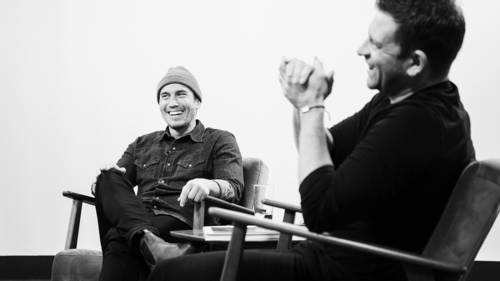 Lesson 1 from: Say Yes To What You Want

1. Say Yes To What You Want

Hey, what's up? It's Chase. Welcome to another episode of the show. You know, the show is where I sit down with the most amazing humans and do everything. I can unpack their brains and help you live your dreams and career and hobby. And in life, my guest Today we were talking before the show like, What's the best way to introduce you? And when I was very inspired by his, the first word out of his mouth was a dad. So this guy is a father Ah, husband and one of the top photographers in the planet who focuses on action sports, outdoor and conservation photography. Huge inspiration to me, dear friend. Please welcome to show Mr Chris Burkhart in the house, man. No, it means the world. Yeah, I'll start to be here. Wow. Has been so fun to watch at. I wouldn't say a distance because we communicate. Usually were ships in the night, But it's been so fun toe a lot of like I'm in this city. You're in this city. We should get breakfast, lunch, and then it's like I took a 6 a.m. Flight. You know, it...

Chris Burkard is an accomplished explorer, photographer, creative director, speaker, and author. Traveling throughout the year to pursue the farthest expanses of Earth, Burkard works to capture stories that inspire humans to consider their relationship with nature, while promoting the preservation of wild places everywhere.
SEE INSTRUCTOR'S CLASSES

One of the best interviews to date. Thank for sharing your insight Chris and Chase. It's really nice to hear honest feedback about the process and the journey.

Great interview. Thanks for be so transparent and speaking your truth.