The Art of Confidence 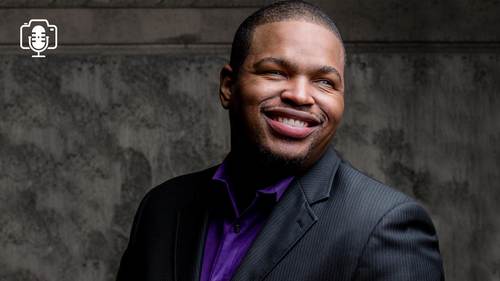 The Art of Confidence

Mhm. Yeah. Hello, everyone. And welcome to Creativelive. Welcome back to critical. I've welcome here for the very first time I am here. I'm kinda Klosterman here, coming to you from my living room to yours, to our guests as well. Today, his name is Jermaine Horton. Before we get into the intro and the show, this is another episode of we are photographers. That is our podcast, where we bring our favorite filmmakers, photographers and industry greats to you. And we talk about their life stories. We talked about the ups and the downs, the wins and losses that we all face as creatives to connect us all and let us know that we are not alone. Eso once again super excited for today's guests. Uh, if you are tuning in live on creative live TV, there is a chat box and you can click on that Come on in and chat with each other. I love shout out So let me know where it is in the world that you are tuning in from and we will get those shout outs going. You can also comment on if you're watching on F...

In this episode, Jermaine explains the origins and powerful mission of The Art of Confidence Project, as well as the impact it’s made on the lives of the youth he’s photographed and their communities. Learn how Jermaine built a business with loyal clients who rally behind his #YourFavoritePhotographer brand and mastered his craft to now partner with major brands. Be inspired by his relentless go-getter attitude, vulnerability, and determination to lift up everyone around him.

Jermaine Horton is a wedding and portrait photographer, a Sony Artisan of Imagery, and a Westcott Top Pro ambassador. He enjoys a borderline unhealthy love of the Chicago Bears and creating dynamic images via Off-Camera Flash and natural light. Jermaine is the President and Founder of The Art Of Confidence Project, which empowers and restores the confidence of our youth and was featured on The Grio, CNN, BET, CBS, ABC, NBC, People & more. He’s an ambassador for Stella Pro Lighting, Fundy Design, and SLR Lounge.

The most inspiring photographer I have ever seen. Compassionate, smart, artistic and a great marketer. Highly recommend.