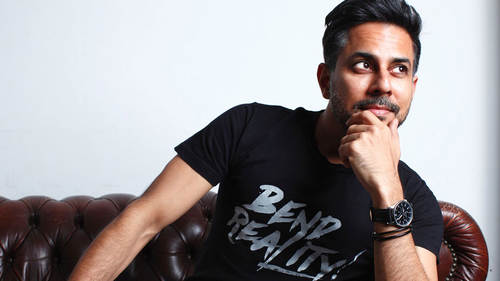 that we love you. Welcome to the show Mission. Hi, Chase. Firstly, I'm up in a member of great apply for many years. Right now, I started out as a creator, like most of your audience as an entrepreneur working from my bedroom, and then whatever was the closest Starbucks and in the vicinity. So I love your audience, bean part of people audience. And it's a real honor to be on the show. Oh, I'm so grateful. And I could say the same about mine value. Guys have been doing super cool stuff, and I wanna trace back the roots of starting, um, Mind Valley. But before we dio let's talk about current times because you are, um are we are rather on opposite sides of the planet. You're in Kuala Lumpur right now. Is that right? And, um well, going to give us a little bit of the flavor on the ground there, and ah, and for you personally, how How, um you've been managing your time in this in this strange world that we're living in now. So mind valley well, firstly, mind valleys an American company. So ...

Vishen Lakhiani is one of today’s most influential minds in the fields of education and human consciousness. He is the founder of Mindvalley University and its 2 million-strong student base and creator of the Quests learning platform: a next-generation method of online learning, which attains an unheard-of 60% completion rate on courses, in an industry where 8% is average. Vishen’s book, The Code of the Extraordinary Mind, made the New York Times Business Best Sellers List, and hit the coveted #1 spot on Amazon five times in 2017.