Lesson 1 from: The Future of Handmade Sales 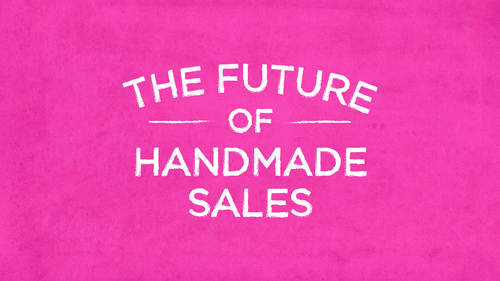 Lesson 1 from: The Future of Handmade Sales

1. The Future of Handmade Sales Panel

Hello, everybody and welcome tio that we're in the middle of a conference it's a five day conference called improve your holiday sales today this afternoon I am joined by these four lovely women on dh we're going to do a panel on the future of handmade sales creative life is really all about helping you guys live your creative life on give and living a fulfilling and lucrative creative life onda as part of this week, which has been fantastic, we've talked about pricing and marketing we talked about productivity today at least jacob's did an amazing class on copyrighting megan megan almond actually is going to be here tomorrow, but we what we really wanted to dio is talk about what the future of handmade sales is going to be like, you know, several years ago places like that see and shopify and big cartel these places didn't even exist, you know? And so now it's it's really been a phenomenal tool to allow a lot of people, primarily women, tio two live their life into and to create and s...

Caitlin Bacher is the bosslady at Little Farm Media, an online resource for creative biz owners looking to up their social media game.
SEE INSTRUCTOR'S CLASSES

I really enjoyed the class. I got a lot of great tips. Thanks

How to Build a Business While Learning Your Craft