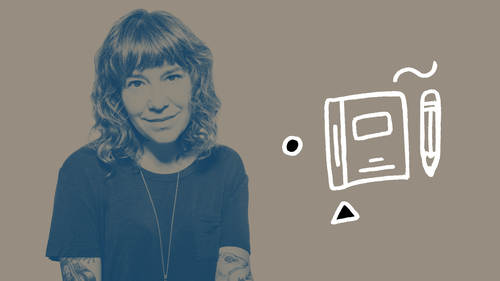 Lists. I love writing from lists. I didn't make this up, a lot of writers like to write from lists. I know that Linda Barry actually teaches from lists quite a lot in her classes. But when I was writing my first books, I wrote handwritten. 'Cause I was drinking so much beer, you know, I just had to go slow. (audience laughs) In my notebook. Now I don't drink anymore, I go real fast on a computer. But my notebooks, the inside front cover had just a list of anything that I could think of that was maybe a story. I'd be like, oh, that dress. What ever happened to that dress? Write down that dress. Oh, that fight I had with that person. Oh, that time I went to that place. I just would keep it going. And it made me feel so good just to know that I had all this material just waiting for me. Because I think something that can be intimidating as a writer is like, where do you start? There are so many stories that you can tell. Even about your own life, let alone if you're going into fiction tha...