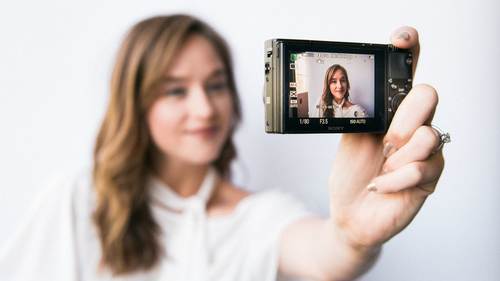 How To Build Confidence On Camera

why are you here? That's that's what I really want to know. Why are you going to vlog? Because, you know, it might have something to do with this. Everybody's like, vlogging is so cool. Like you should totally do it. It's so much fun. Come on in. It's great. It's a great time. The water's really warm and like, you're like, oh my God, this is awful. I can't possibly I no, it's really intense, right? Video is a little vulnerable, but there's something pulling you into that weird bathtub that is vlogging and you're like, I just think I want to try it right before we dig into that. Let's just talk about what a vlog is on a very basic level. I put this definition in my book because I think it explains that the best a blog that features mostly videos, rather than text, whatever you can do in a blog, you can do better with a vlog because as video, a lot of people have kind of, their own determination of what a vlog is today because it's become a lot more mainstream and how we're seeing this b...

Amy Schmittauer Landino is a bestselling author, keynote speaker, and the World&#8217;s #1 Productive Lifestyle Coach. With her award-winning YouTube series AmyTV and as Director at GATLUW House, Amy inspires women worldwide to chase their freedom and go after the life they want. Her work has impacted the lives of hundreds of thousands of people and been featured by prestigious publications such as Business Insider, Fortune, Entrepreneur, and Inc.
SEE INSTRUCTOR'S CLASSES