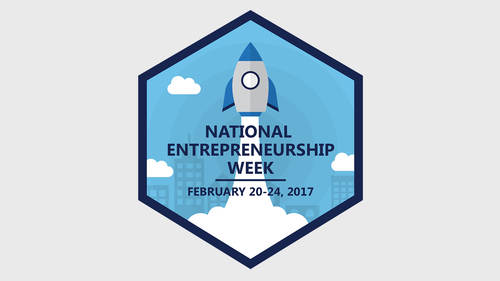 - [Scott] We have a great surprise in store. An amazing panel here on innovation and entrepreneurship. Chase, do you want to kick things off? - [Chase] Well, I do only to underscore the point that innovation is happening basically, virtually everywhere around us in this day and age. We talked in the first segment, the opening segment about how the access to tools, to capital, to peers is that the barrier is at an all-time low and that therefore, innovation at an all-time high. And we have brought three guests today on the panel to celebrate this idea of innovation and we're hoping to take some questions from the in-studio audience, even from the internet. But before we do, we'd like to get a little bit of background from all you all. If you would just take, I don't know, 30 seconds to introduce yourself, a little bit of back story on you and we'll just go down the line. Go ahead. - [Steve] So my name is Steve Strauss. I am the small business columnist for USA Today. I'm an entreprene...