Your Mind Can Transform Your Life 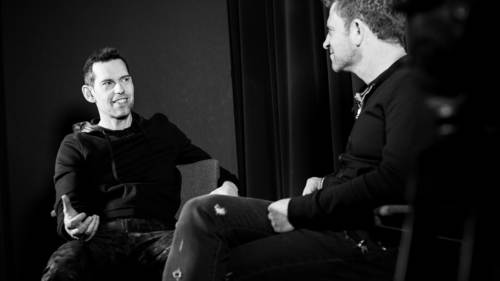 Your Mind Can Transform Your Life

Harry. What's up? It's Chase. Welcome to another episode of this show. That's right, The Chase Service Life Show here on Creative Life show. This is where I sit down with amazing humans, and I do everything I can to unpack their brains and help you live your dreams. Whether that's in career and hobby or in life. My guest today created a $1,000,000,000 That's right 1,000,000,000 with a B dollar brand called Quest Nutrition. You've probably had the bars. He's since started interviewing people where he's got almost a 1,000,000 followers on his channel called Impact Theory. They have several shows. If you haven't checked that out, is most recently launched a comic book with Celebrity Steve Aoki, one of my favorite DJs. This man needs little introduction, although Ivory stack a few things in your favor here, Mr Tom. Bill, you What's going to the show? Thank you for having me. I have had the privilege of being on yours here in Los Angeles. So it was about time and we were working on a little...

Today’s podcast is a hero’s journey of sorts – featuring Tom Bilyeu. This episode takes us over the hills and through valleys of Tom’s career – from hiding in soul-crushing jobs and destroying his health with crushing anxiety to personal transformation and meteoric entrepreneurial rise. We chat about neuroplasticity and how Tom has rewired his brain, undoing negative thought patterns and replacing them with healthy, positive loops. Tom oozes honesty and passion -sure to resonate in your own pursuit of your highest self.