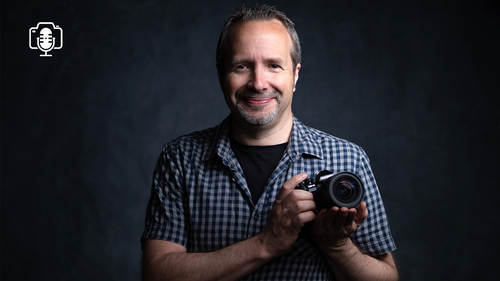 Mhm. Mhm. Yeah. Okay. Yeah. Hello, everyone. And welcome to creative live. Welcome to Creative Live TV. Welcome to our podcast. We are photographers. I'm your host, Ken Klosterman. And we are here live with you every week to bring you our favorite photographers, filmmakers and industry greats from all around the world. In order to connect us, let us not feel alone in our creative journeys and our business journeys in our life journeys. And so if you are tuning in live right now, we always love to get your shout outs in. So let us know where it is that you're tuning in from. If you're watching on creativelive dot com slash t v, you can click on the joint chat icon there. We're checking that first, but we're also seeing what you are saying on social media. Whether that's Facebook, Twitter, YouTube. So get those shadows in, let us know where you're tuning in from. And it's gonna be a great time today because we have Mr Gavin Hoey joining us for the very first time on creative live all the...

In this episode, Gavin shares tips for overcoming creative blocks when developing new content on a regular cadence. Gavin was an early tech adopter, always fascinated with how things work. Before becoming a content creator, hear Gavin’s journey from studying optometry to writing for photography magazines before making the switch to recording video tutorials for magazine cover discs. Like so many of us creatives, we touch on anxiety, confidence, and being your own worst critic. Beloved for his cheerful and easy-to-understand style, find out what Gavin himself loves most about his community of learners.

Gavin Hoey is a freelance photographer, Olympus UK ambassador, and trainer of all things photographic. Primarily focusing on photography education, Gavin was an early YouTube adopter and created a popular photography training channel before joining forces with Adorama in 2012. He’s now the most-watched presenter on AdoramaTV where his videos focus on the art of lighting and portraits. Gavin is still creating at least one video tutorial for AdoramaTV every other week and the channel has grown to 1 million subscribers.