Skip to main content
photo & video
All Photography Classes > Business > Creating A Portfolio That Works > What If You Have Zero Portfolio?

Lesson 2 from: Creating a Portfolio That Works 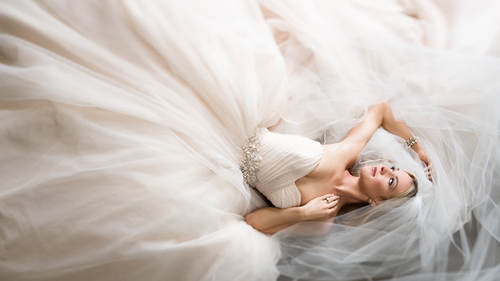 Business > Creating A Portfolio That Works > What If You Have Zero Portfolio?

Lesson 2 from: Creating a Portfolio That Works

2. What if you have zero portfolio?

What goes into your Portfolio?

Greatness Doesn’t Happen in a Vacuum

Pro-Tips for Building a Solid Portfolio

We're going to talk about the dos and the don'ts. How to compile a portfolio that works. Before we even get there though, cuz' I bet there are some people watching that like, just started out. What do you do when you don't have a portfolio? Right, what do you do? You're like, maybe you are that photographer who's like this is week one for me I'm here for photo week I'm excited to jump in, but I just don't have anything yet. What do you do? So I want to help with that right. Start from the bottom, and now we're here. Like, everyone started from the bottom right? Everyone started with nothing and so there's only one way to build a portfolio and that's to shoot. Shoot, shoot, shoot, shoot, shoot. You all should have your cameras with you at all times, shooting, shooting, nonstop shooting. I'm going to give you more details than just shooting like uh I'm going to spend some time on this just briefly to kinda give you some ideas on ways to actually build your portfolio when you are in that ...

This course comes at the perfect time for me as I'm working on my photography website, and starting to put together my portfolio. Ben's an excellent instructor who provided many tips for how to put together the best site and portfolio. I feel confident that I can step back and see what will really work best for them. I recommend this course.

This course is really helpful to give you another perspective when looking at the work we're showing. We fall in love with images and like to show the "hero" shots but Ben makes great points on how to add to that to make more impact. What I really love about Ben's style of communicating is that there is always something concrete and actionable.

Ben Hartley is engaging, knowledgeable, a great storyteller, and so personable. His class was truly a pleasure to watch. You know that moment when you learn something new, and once you know it you'll see your work differently, and without which you'd really (still) be in the dark? And you think, Wow good thing I was right there to learn that thing? That happened to me a bunch of times during this class. Recommended!