Lesson 4 from: Creating Panoramas in Photoshop and Lightroom 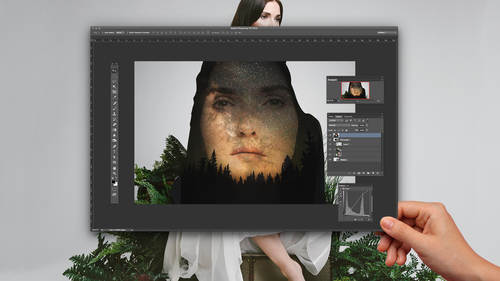 Lesson 4 from: Creating Panoramas in Photoshop and Lightroom

So I'm gonna move off to photo shop and I want to show you the interface with a c r a C. R stands for Adobe camera Raw Aziz. Most of you know when you shoot raw files, you can't just work on a raw file on Photoshopped. You have to convert it into a tiff or JPEG, and then Photoshopped can do his magic. So I'm gonna start off this process using adobe camera raw. I'm also going to show in a little bit, doing photo mergers inside of light room proper. So here we go. I'm going to activate bridge. So I'm gonna work from bridge for this and then from bridge, We will then do the A C R thing. So let's go to Iceland. I love Iceland here, here's here's this panorama shot in Iceland. I shot this last summer. We were staying at this farm, and here's the first photo. This is about a 270 degree panorama of the farm where we stayed at on the southern coast. So it's really pretty there great, but we run into the sell a lot of the same issues that we have before, you know, you've got. It's hard to tell ...

I enjoyed Mike's friendly style of presentation, and detailed explanations of his technique. I learned a great deal from this course, and would highly recommend it! I am very grateful to Creative Live for providing Photoshop Week 2016, and also grateful to the many amazingly talented and knowledgeable presenters for graciously sharing their knowledge and experience.

At first I was not sure if this class would be worthwhile; I've been using photo merge for several years. How happy I am that I watched this class. There were so many small tips that make all the difference - saving time and getting better results from the camera and the software. Thank you Mike and thank you CreativeLive.

Watching now. Thank you for providing an excellent instructor for panoramas providing easy to learn procedures for amateur and professionals alike. Really enjoying this presentation.