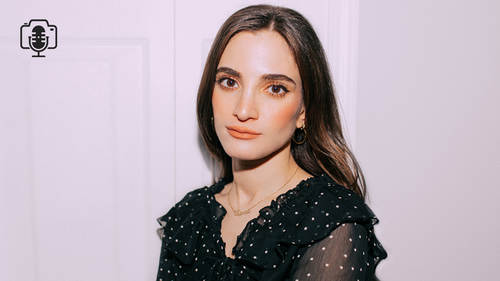 Mhm. Mhm. Mhm. Mhm. Yeah, yeah. Hello everyone and welcome to Creative Live. Welcome back to Creativelive. Welcome if it's your very first time here. My name is ken Klosterman and I am your host, your on Creative Live tv as well as our podcast which is we are photographers where we take you behind the scenes with our favorite photographers, filmmakers and industry game changers all over the world. Of course right now, coming from my home to your home to our guest home. So before we get started with our special guest today, Jessica Kobe. See I would love to know where it is that you are tuning in from all over the world. Whether you're watching on facebook youtube, whether you are on creativelive dot com slash T V. And in that chat room you can click the chat icon and jump in there. We've got kate on our social media team who's in there as well and we'll be looking for your comments and questions throughout the show as well. So for starters, yeah, let's get those coming in. Hey Tracy. H...

Fear of the unknown can be so overwhelming that it keeps us in a place where we don’t want to be. In this episode, Jessica talks about overcoming her fears and finding the courage to pursue her dream of being a full-time photographer. She also talks about her work as a Youtuber, how she deals with criticism, why she loves test shoots and the difference between agency and freelance models. While facing many challenges and risks on her journey, Jessica is still a firm believer in collaboration over competition and is working hard to create a welcoming environment for other photographers.

Jessica Kobeissi is an Arab-American portrait and fashion photographer from Detroit, Michigan. With over 140+ million views, she is the #1 female photographer on YouTube and has created several popular viral photography series such as “4 Photographers Shoot The Same Model” and “Taking Pictures of Strangers”. Her photography has appeared in NBC News, BBC, CNN, Cosmopolitan, The Sun, Buzzfeed, DailyMail, and The Mirror.

Jessica Kobeissi is an Arab-American portrait and fashion photographer from Detroit, Michigan. With over 140+ million views, she is the #1 female photographer on YouTube and has created several popular viral photography series such as &#8220;4 Photographers Shoot The Same Model&#8221; and &#8220;Taking Pictures of Strangers&#8221;.
SEE INSTRUCTOR'S CLASSES