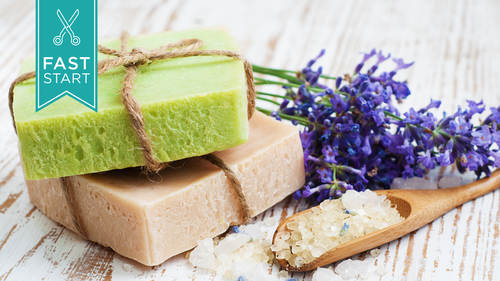 Find out what you need structurally – and emotionally – to build a profitable beauty business.
Show Transcript

Make Your Beauty Business Stand Out

My name is carrie chapin, and I'm really excited to be at creative life today to do this fast. Start your beauty business. I am really passionate about helping hand makers of all kinds figure out how to turn what they're really interested in teo a viable business, and this is one of the ways that I do it. I also write books and consult for creative businesses, and you can find out more about me and carrie chapman dot com but I'm very thankful to be at creative life today talking about this things, and I want to say that if you are interested and starting your own beauty business that we're going to start sort of with the beginnings beauty businesses face a lot of challenges that regular craft businesses don't, and so we're going to go over a lot of those today's we'll have a special guest with us who has a thriving beauty business, and we have some of her products here on our tables, so we're going to sort of go from beginning to end in this class about what you need emotionally as wel...