Lesson 4 from: Get Your Writing Done 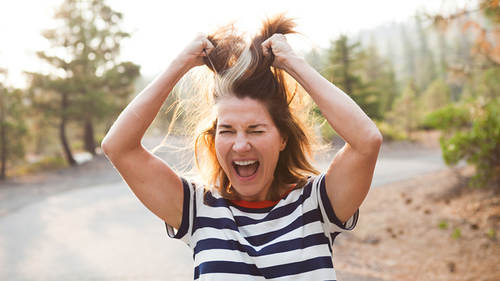 Writing > Get Your Writing Done > How To Get Stuck Less

Lesson 4 from: Get Your Writing Done

4. How to Get Stuck Less

Alright, so how do we get stuck less? We've been talking about work process, understanding our work process, we've been talking about neurobiology and the critic. That's all inner stuff, which I think is super important and really where it's at. But then there's also this thing, how do you actually get the words on page? What do you actually do when you're getting kinked up? I think it was you, Christy, who told me, don't you have one of those Roomba vacuum cleaners? And how they get stuck in the corner, right? (Christy laughs) So this is what happens to us with our writing and I think the reason it happens is because of how we learned writing in school. We learned writing in school for product, not process. Remember that terrible thing called the five-paragraph essay? So it was like you had to learn how to do the five-paragraph essay. You had to turn it in, you had to get the grade. And of course, we all want to meet our deadlines and we all want to do what we want to do with our writ...