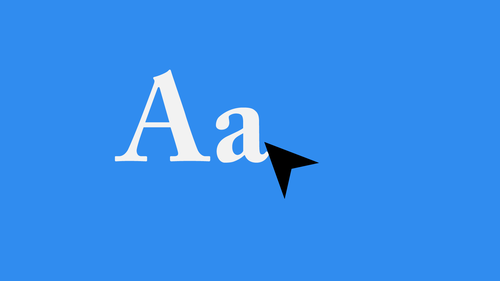 7. The Psychology of Type

we're gonna talk about how typography influences our perception of what we think about when we get into a printed piece or any piece, Really? So when you first look at this, the thing that comes to mind is this is This is a fun poster, right? Because we're using a fund color yellow. That's a fun, friendly color. It's got great contrast to make it easy to read on that dark black background, but it also has a feel to it that to me feels very urban and very almost like construction oriented. Like we're looking at a construction site sign because of the typeface that they've used because of the grunge texture that they've applied to it and because of the color, for some reason, and when I look at this, I immediately associate that yellow color to some sort of construction. But it also makes me think of New York, because when you think of New York, you think about the yellow taxicabs, things like that, right? This is a very good thematic approach to typography and layout because they've inc...

orporated a lot of the elements that you would think about when you're thinking about this city into the specific layout. There's no images here. It's just typography. But they've told an entire story just based on that. And so type has the ability to almost sell us or tell us anything as we go through it. Now let's go to this example. This is another one here. Let's ignore the bad version on the left and just focus on the one on the right. So this one could be. It's very It's youthful, right? It's It's very It almost makes me think of maybe like a baby shower invitation or something like that. When I first look at it, that's That's the thing that jumps to my mind. Or maybe it's something that's hung up in a baby's room or something. And it also could be an invitation to Ah, wedding or anything like that. These are all the emotions that go through my brain when I first looked at something, and that's what you have to consider whenever you're designing something, what's the first thing that's gonna pop into somebody's mind when they see that? Are they going to be happy? Are they going to be sad? Are they going to know immediately what this is referring to, I can tell you that any time I get cause, a lot of my friends were getting married. Now a lot of my friends are having Children now. I can tell. Well, basically, I don't get a whole lot of mail from them to begin with. But when I do get a letter from any one of my friends, I can almost always tell what it is. It's either a wedding invitation, a baby shower invitation or an invitation toe like the Fourth of July barbecue. All of those have different looks and feels to them, and you can almost tell what it is before you even read the content. And that's what you want to do. You want to be able to control those emotions, and you can do that to your typography choices Now one of the things you're gonna have to decide, though, is whether or not you use stylized text or use just plain text. In most cases, stylized text is the best way to go for decorative, ornate things that you're going for. So here, for instance, is a stylized text as opposed to something that's just straight text like this now This does have a little bit of style applied to it, but it's not really stylized. It's not, it's not. It doesn't flares all over. It doesn't have a whole lot of special effects, doesn't have a lot of colors applied to it. It's just basic white text. Dark background. That's what we mean by plain text. Same holds true for this. This is plain text, not a whole lot going on in here, except for the small little effect that got on the words bad and end. We talked a little bit earlier about why this is a poor example of typography because everything's too tight together. But if this were current out a little bit, I think it could still be a decent piece. And the typography stands by itself. There's no need for anything else in this. There's no need for imagery or anything. And so this is a great example of plain text that succeeds. And then this is another example of stylized text that succeeds in everything it does. Ultimately, you have to decide what's the overall concept you're going for. Are you going to be using whatever it is you're typing out as part of a broader narrative in the piece that you're creating or is this the narrative is, it's self contained. Most of the time, if it's self contained, that's the need for stylized text. If it is something that's a part of something else, its body copy for a book, something like that, plain text is always the way to go.