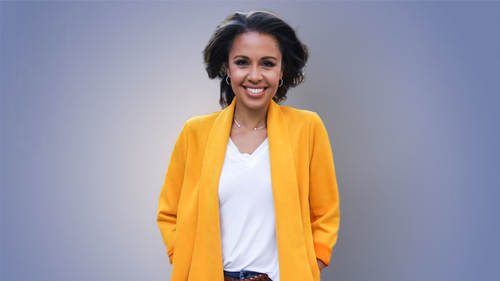 Hello, everyone. And good morning. Good afternoon or good evening. Wherever in the planet, you might find yourself at this particular moment. I'm Chase Jarvis, and I want to welcome you to Creativelive and the Chase Service Live Show here on Creativelive, where I sit down with the world's most amazing people and I do everything I can to unlock their brains with the goal of helping you live your dreams and career in hobby and in life. And I am well aware that you are not here for me, that you are here for our esteemed guest today. So before I welcome her, I want to just take care of a little bit of housekeeping and invite you to participate in the conversation today and the best place for your viewing experience. I don't know where you're watching it, but the best places that creative live dot com slash tv And I say it's the best Onley because I see your comments and your questions first. There I do see questions and comments from Facebook, Live and YouTube, live and instagram live and ...

Kindness is a super power and a breath of fresh air in a world where negativity and hardship aren't hard to find. Yet what my guest Adrienne Bankert found, is kindness isn't merely about being nice. A mindset of kindness ripples into a staggering amount of personal fulfillment, growth, and empowerment.

Adrienne Bankert is an Emmy and Edward R. Murrow Award-winning correspondent for ABC News, Good Morning America, World News Tonight, and Nightline. She reported live from Chiang Rai, Thailand, during the rescue of thirteen boys and their soccer coach as the world watched the historic rescue.

Adrienne saw firsthand how the power of kindness can work in her career. Uncertain about where she would go next and determined to pursue her dream of being on national TV, she took a chance and landed a Los Angeles reporting job. Her new boss told her it was her reputation for kindness throughout her career that was the key to her being hired. Just a few months later, that opened the door to the biggest break of her life.

In this episode we dive into: