Lesson 1 from: How to Get It Right in Camera 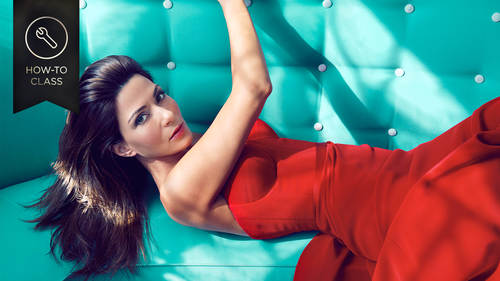 Lesson 1 from: How to Get It Right in Camera

1. How to Get It Right in Camera

So this is called how to get it right in camera on dh we went back and forth and I thought yes really gonna leave that title because I'm going to show you some studio setups that I do in my little time that especially I live in new york I don't have a lot space on dh I want people who are who have small spaces to be able to do these things and see that it's not that difficult so I wanted to go through kind of my little checklist off what I do on set but I wanted a boring keynote I'm just gonna go through them on dh show you guys what I'm going to do all right so just going toe kind of go straight for it really sue is that these big introductions and mike so how iran shoots first thing logistics is everyone going to be there on time everyone comes together at the right moment the make up artist this late I don't have a chute right so that's the first thing so that's step one one logistics write that down second second most important part you can't issue if someone hasn't turned up right...

This was a decent class to learn various tips on light, I liked how he was able to use a piece of white paper to modify the shadows; I think he would improve in the coming years; a presentation, and additional material would help. Felix keep the good job. Respectfully

I do LOVE Felix, his work, how he teaches! This class isn't titled appropriately, it's more about set up and lighting - I would love to know the settings he's using, the lens, etc.

I really like this class. I've had it for awhile now and I've watched it several times. Felix does a good job of breaking things down into simple examples and explaining what he's seeing and looking for. This is not a full lighting class with lots of different lighting setups and technical gear talk, but I like Felix's style and this class helped me get a lighting setup that works for my family portraits that is similar to his with my own take on it.