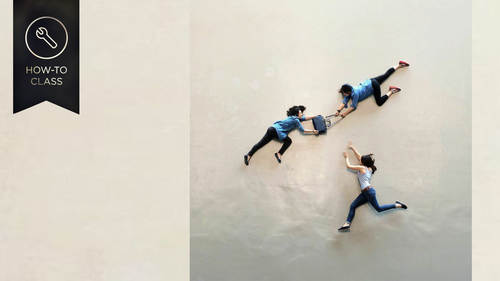 this segment is going to be how to grow your instagram following another first timer here on Creativelive. We are so excited. She has over 830 1000 Instagram followers. That's right. 1000 under there. You could 1000 she is a photographer. She's a travel photographer and she is a very early adopter on Instagram, and we are so excited to learn from her Pegatron. Come on up. Okay. Thank you. How are you doing? I'm good. I'm excited. I'm a little nervous, That's all right. Like a very new set up for me. But you teach you just You know, we're just teaching these way. Have 90 minutes. I know you have a lot to get through, but I want to ask you quickly. I know you are now homeless. I am. No. But you travel your traveling, your traveler, which feeds into your travel photography and your ability to bring us these amazing, amazing images. So if you're not already tell us where to follow you on Instagram and on Twitter at he catch wrong And that's p k e T r o N o k. So go check it out Right now w...

As technology evolves, so does the landscape of photography. With Instagram and other highly-visual, social platforms, photographers can reach and grow their audiences in a variety ways. Learn how you can maximize your reach, cultivate your social media voice, and build your business through photo-sharing apps.

Great class as she goes through the main points on what followers look for and how to improve the quality of your Instagram. The class is super short so it's an easy watch. The tips are easy to remember too. This class is great for someone who's looking to cover their bases on Instagram from content, hashtags, engagement to photo editing.

A really great compact overview of Instagram delivered with charm and authenticity. Pei covered all areas with a light touch and subjects were very easy to understand without getting bogged down in technicalities. For a short course she packed in a great deal of useful and finger tip motivating information.