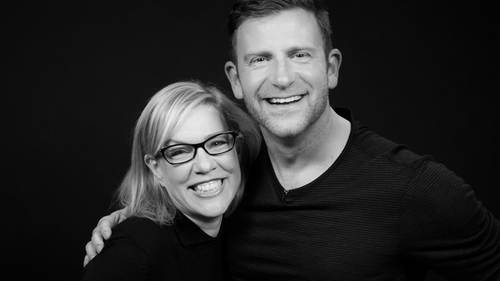 Free Business Classes > If Not Now, When?

I absolutely love Debbie’s openness, vulnerability, and wisdom and I’m super grateful to share it with all of you. If you’re a fan of folks like Brené Brown, Gretchen Rubin or Elle Luna, then this one is for you– and if you like what you hear, check out Debbie’s class on CreativeLive.

Debbie Millman is currently the Editorial and Creative Director of Print Magazine, but she has an insane track record going back decades: she’s the author of 6 books including “How To Think Like A Great Graphic Designer,” a prolific design writer in outlets like NYT, Fast Company, and Design Observer, chairs the Masters In Branding program at SVA (co-founded with Steven Heller), and hosts a long-running podcast called “design matters” which has done 265 episodes over 10 years with legends and icons like Michael Beirut, Stephen Heller, Chip Kidd, Massimo Vignelli, Isaac Mizrahi and Malcolm Gladwell. And that’s just the biggest headlines – there’s a ton more I’m leaving out, and I feel terrible about it but we’d literally be here all day if I listed all the amazing stuff she’s done. The bottom line is, if you look up “badass designer” in the dictionary, you’re definitely going to find Debbie’s picture there.

Holy crap, this was amazing. What an incredible person Debbie is. Her insights and vulenrability to talk openly about what ALL of us go through is something to be thankful for.