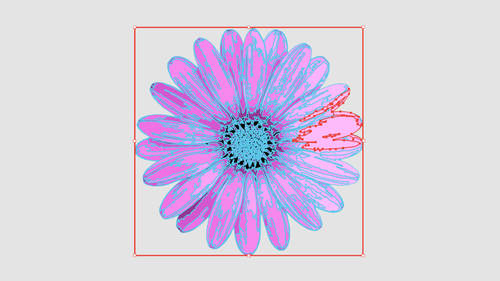 I've only showed you the basics of image Trace. I haven't gotten into all of the expanded features here. I wanted to show you all the different modes that we could get in the different looks and feels so I'm gonna go back and I'm going to create a file here. I'm gonna place my very original ornaments here, and I'm gonna put them in to scale them in here. Now. Number one thing with this, the advanced features here at the bottom of image Trace. So here's what I have. I've placed my file and in my image trace here. I could do a whole lot more with my image trace than I normally have done this. I'm going to go win and I'm going to do a black and white logo look, and it's going to render everything the way I wanted to. I'm gonna go when I'm gonna set the threshold so that I don't lose some of those thin areas. I want more of that darkness to be rendered. I get more of that now. The path control the path control for tighter or looser fit. Now, I'm gonna stay over here kind of on the blurry s...

Great overview of image trace, I had a basic understanding of how it works so I was looking for advanced explanations of how the different settings worked and best practices; which I definitely got! Great teacher and easy to listen to. Love how quick this was.